The bedtime diet: what to eat during the day so you don’t feel like eating at night

Porinotee>Health>The bedtime diet: what to eat during the day so you don’t feel like eating at night 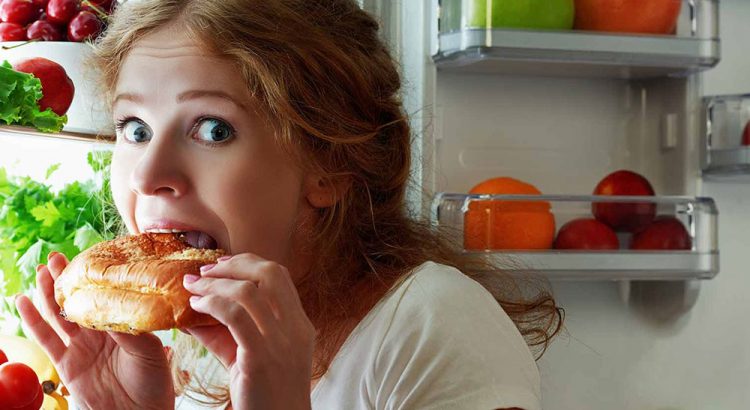 The so-called “bedtime diet”, whose author is not a nutritionist, but a famous American psychiatrist, helps people not only to wean themselves off gluttony at night, but also … improve their self-esteem! And this amazing diet works much more effectively than the barn lock that locks the fridge at night from the onslaught of willless eaters.

The bedtime diet: what’s the point?

The term “bedtime diet” was introduced by American psychiatrist Albert Stunkard in the middle of the XX century. He was the first scientist to study the phenomenon of night gluttony and tried to find ways to solve this problem.

According to Stunkard, people who ate little during the day and ate the majority of their daily diet at night all suffered from low self-esteem, metabolic disorders, and as a consequence, obesity, and a persistent dependence on starchy foods and sweets.

Psychological problems in these people are closely intertwined with a disorder of sleep and wakefulness, which is ultimately reflected in their eating system and weight.

Stunkard argued that nighttime gluttony is not due to a lack of willpower, but primarily to a dramatic hormonal disruption. In night eaters, the levels of the sleep hormone melatonin and the hormone responsible for satiety (leptin), which should increase during the night, on the contrary, decrease sharply. That is why people cannot sleep at night and feel insatiable hunger.

Professor Stankard suggested to correct the hormonal failure and normalize the eating regime by the “wedge with wedge” method, namely with the help of a special diet for the night, which he developed himself.

Basic rules of the bedtime diet

The main principle of the bedtime diet is to eat right during the day. The main method is fractional consumption of food (no more than 200 grams at a time), with an interval of 2-3 hours. The exception is breakfast – it should be nutritious and dense, even if in the morning “nothing fits in your mouth. Foods for breakfast should be high in protein and fiber: cottage cheese, cheese, ideka or chicken, eggs, vegetable salads.

You can add bananas, nuts and dried fruit to the cottage cheese. The closer to the night, the more light and low-calorie food should be. Three hours before going to bed – no more than a glass of non-fat kefir. From sweets and fatty foods should be abstained.

It turns out that frequent meals, rich in protein and fiber, have a beneficial effect on restoring the production of hormones in accordance with natural biorhythms. In addition, most of the above foods contain high levels of tryptophan, a substance that stimulates the human body to produce serotonin, the pleasure hormone, as well as melatonin, the sleep hormone. By nightfall, the levels of these hormones will normalize, and instead of sitting in a robe at the refrigerator, devouring everything in it indiscriminately, a person will want to go to bed and sleep.

Naturally, attacks of acute hunger, even after several days of dieting at night, can still wake you up in the middle of the night. In this case, always keep a glass of non-carbonated water, morsels, or slightly sweetened tea on your bedside table. Fluid, filling the stomach, will help cheat the craving for unauthorized gluttony and make it to breakfast.

Overnight diet: what to give up

The bedtime diet should become the main diet regime for at least six months to a year. And then – it’s likely to remain so, except that the list of prohibited products will be shorter. But while you are only on the way to get rid of nightly encroachments on the fridge, this list includes: cakes and pastries, pies, cookies, white flour products, any meat products, junk food and fast food, alcohol (except for red dry wine, which is considered even useful for a diet at night), sweet carbonated drinks and fruit with high sugar content (grapes, mango, melon, tangerines).

Since almost every night glutton suffers from being overweight, the overnight diet can be described as both healthful and for weight loss. As a rule, the excess weight does not go quickly, but reliably and without return. On average, the technique helps get rid of 2-6 extra pounds per month without any starvation and severe dietary restrictions.